If nothing else, the verdict in the Philando Castile case should show the National Football League that Colin Kaepernick had a point. 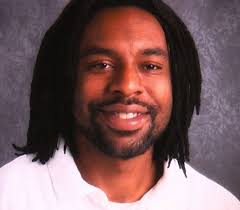 Philando Castile was gunned down last year by a suburban Minnesota police officer. 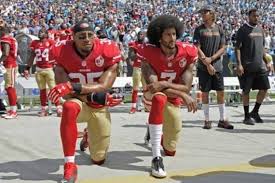 Colin Kaepernick and teammate Eric Reid (left) take a kneel during the national anthem to protest the unarmed killings of Black people by the police. As of Aug. 10, Kaepernick remains unsigned.

Like many of you, I was shocked and horrified by what I saw. Castile, by every measure, complied with the officer’s instructions and even lawfully informed him that he had a gun.

And yet, former St. Anthony Police Officer Jeronimo Yanez still shot Castile to death because let’s face it — if you have the wrong skin color, running a stop sign can be an offense worthy of capital punishment by a law enforcement officer more than willing to serve as judge, jury and the guy wearing the black hood.

Which is exactly why former San Francisco 49ers quarterback Colin Kaepernick spent much of last season taking a knee.

In the  same week that the Criminal Justice system proved him right with the acquittal of Yanez, NFL Commissioner Roger Goodell issued a statement saying that Kaepernick is not being “blackballed” for his national anthem protests during the 2016 season.

Goodell is the commissioner of a league where 70 percent of the players are Black. Despite their status as professional athletes, they face the same possibility of “Death By Police Officer,” that Castile faced. Black men, according to the “Washington Post”, are almost three times more likely to be shot and killed by police officers. Unarmed Black men are seven times more likely than Whites to die in police gunfire, according to the Post.

You would think that at the very least, Goodell and the league owners would have some type of sensitivity, empathy, or come to some understanding of a problem that affects the majority of their players.

Instead, the NFL, like the juries and prosecutors that allow cops who kill unarmed Black people to go free, has chosen to turn a blind eye to this injustice against African-Americans.

That’s because calling  Kaepernick unpatriotic and  using him as a cautionary tale for other Black players is easier for the owners to do than it is to listen to these athletes when they  speak about the racism that affects the Black community.

And as Castile found out by being  shot to death, and  Kaepernick is finding out through being blackballed because he refused to just shut up and play, the Constitution is First Amendment never really applies to African-Americans.

Don’t believe me? Check this out.

The Bleacher Report’s Mike Freeman said he talked to several owners around the NFL who said they would not bring Kaepernick on their team because of his refusal to stand for the national anthem.  Freeman is a well-respected, by the book, old-school reporter who would not make stuff like that up.

But if that’s not enough for you, here’s New York Giants owner John Mara.

“All my years being in the league, I never received more emotional mail from people than I did about that issue,” Mara said to a reporter. “If any of your players ever do that, we are never coming to another Giants game. It wasn’t one or two letters. It was a lot. It’s an emotional, emotional issue for a lot of people, more so than any other issue I’ve run into.”

I wonder many letters Mara has gotten from African-American fans telling him they support Kaepernick and that he and his fellow owners shouldn’t deny him a job?  Mara’s statement tells me NFL owners are always more concerned about the sensibilities of their White fans first and foremost.

Or put another way, #BlackFansDontMatter.

And that’s actually pretty stupid because African-Americans football fans love their football, too. You can see them tailgating at stadiums, ordering Papa John’s Pizza during the games, drinking Coors Lite and spending  money on officially licensed NFL apparel, probably more than their White counterparts.

More than a few African-Americans that I’ve come across on social media have told me they won’t watch the NFL this season because of how Kaepernick is being treated. But don’t expect Goodell and the owners to raise an eyebrow, or to even be concerned, because their Black fans don’t matter to them.

(And if we’re honest, Black players and the Black doctors trying to help them don’t matter much either. This is a league, after all, that vehemently denied that head trauma was affecting its players long after their playing careers were over. This was also the same league that relentlessly vilified Dr. Bennet Omalu, the Black Nigerian forensic pathologist who discovered chronic traumatic encephalopathy and how if affected players after their careers were over.)

In the end, Castile’s death and the apparent death of Kaepernick’s football career are the latest examples of a country that is still in deep denial about how racism affects African-Americans and other people of color.

But then again, that shouldn’t be much of a surprise either. 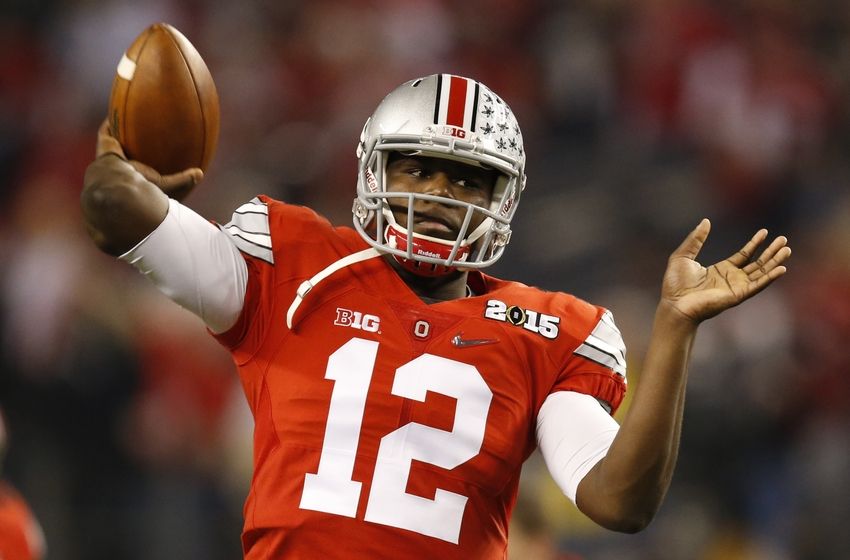 A fan on Twitter chided Ohio State quarterback for expressing his views on the Black Lives Matter Movement.

PHILADELPHIA—Last month, Ohio State quarterback Cardale Jones took to Twitter to express his support for the Black Lives Matter Movement and was met with the typical response from fans that African American athletes get whenever they speak on social justice issues.

Jones tweeted: “#AllLivesMatter why is that the only ones getting beaten, killed when unarmed, & mysteriously dien in custody African-American …You tell me that #AllLivesMatter well I say how do you define “All”?

An Ohio State fan responded with: “Worry about getting us fans another championship …Stay out of this bulls—.”

Jones shot back at the fan with a Tweet steeped in sarcasm: “Sorry Mr. master, I aints allow to tweet nothing but foolsbaall stuff I donts want you think I more than a foots ball playa sir.”

The fan then apologized to Jones and later shut his Twitter site down.

Last week, I wrote about the complaints that several former Philadelphia Eagles players have leveled about ill treatment at the hands of head coach Chip Kelly, some of which has accused the former Oregon coach of racism. In a recent story on the Bleacher Report website, a pair of unnamed Eagles said that it wasn’t racism, but Kelly’s need to have total, dictatorial control of his team.

Like it or not, some veteran ball players aren’t going to take too well to that kind of coaching and some like former Eagle Brandon Boykin are going to complain about it, possibly in front of a live microphone.

Now whether or not I agree with the athlete isn’t the point. His right to be honest and have his own opinions is. While I have no problem debating the veracity or even the credibility of an athlete’s point of view, it bothers me when fans and media people tell athletes, especially African-American athletes, to just “shut up and play.”

For example, you might have thought that former Eagle Cary Williams’s complaints about Kelly’s hard practices causing team burnout late in the season may have been a little ridiculous considering some of the completions he gave up in some of those games, but I appreciated the man’s honesty.

And it’s hard to take reporters seriously when they complain about clichéd responses from athletes when sincere, heartfelt answers that challenge whatever the prevailing narrative is at the moment also bring scorn.

Of course, the first response that seems to come from social media or sports talk radio when professional athletes speak their minds is that they have no right to complain because of the millions of dollars they make. It’s as if money is supposed to suppress your right to express yourself.

You’re supposed to turn a blind eye to injustice just because you’re rich. Your financial security means that you can’t protest your work conditions the way Curt Flood did in refusing to be traded from the St. Louis Cardinals to the Philadelphia Phillies, the move that eventually led to free agency in Major League Baseball.

For African-American athletes there’s a perception that they should be grateful for making the millions they make and shouldn’t rock the boat by daring to make a statement about something that impacts everyone, including them. While there is a certain amount of gratitude that these athletes probably have for their God-given abilities, they’re in the NFL because of that ability and their hard work. It’s something they’ve earned…and they shouldn’t be expected to give up their First Amendment rights in order to enjoy it.

What’s really ironic about all this is that I’ve heard those complaints in blue-collar, union towns like Philly, Baltimore, Boston, Pittsburgh, New York, Cleveland, Chicago and Detroit.

Seems to me that you folks need a little bit of a history lesson, so let me help you out.

Were it not for people like Walter P. Reuther (United Auto Workers), A. Philip Randolph (Brotherhood of Sleeping Car Porters), and Cesar Chavez (United Farm Workers), people who refused to just “shut up and work” and rocked the boat instead, that 40-hour work week, with the living wage, the paid sick and vacation days and the healthcare plan that so many of you union workers enjoy wouldn’t exist.

Might want to remember that the next time you want to shut down your favorite athlete on Twitter.