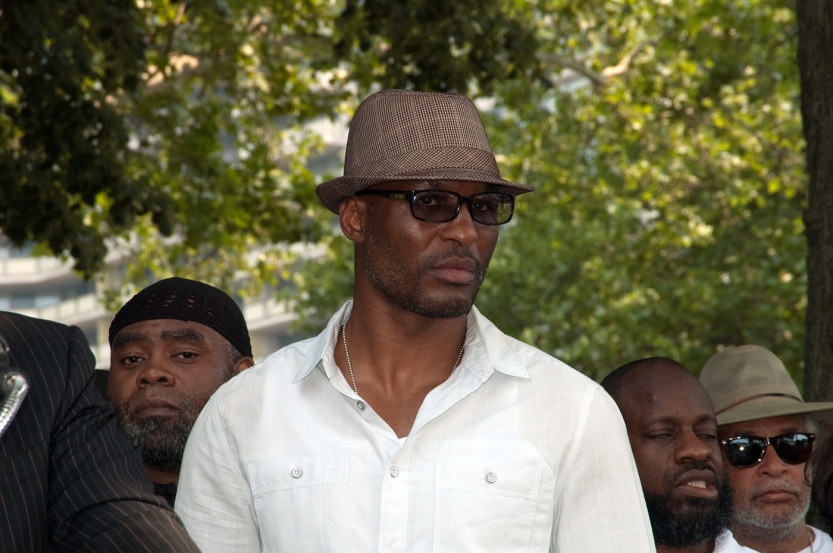 For the Sunday Sun

In the last five or six years, I have been writing columns urging Bernard Hopkins (52-5-2, 32 knockouts)to retire and predicting the end of his storied boxing career.

I have been wrong… and I’m not mad about that.

The 46-year-old Hopkins, like that old Energizer Battery commercial, keeps going, going, and going. He has managed to prove his naysayers and skeptics wrong every time he steps into the ring with a much younger, stronger fighters.

Antonio Tarver, Winky Wright, Oscar De La Hoya, Kelly Pavlik and most recently Jean Pascal all found themselves battered and bruised by Hopkins’ fists after thinking that there is no way a guy this old was going to get the best of them.

With just one loss since 2006, Hopkins has outfought and outwitted Father Time in the way that Jean Valjean evaded Inspector Javert in Victor Hugo’s Les Miserables. Even in the loss to Joe Calzaghe back in 2008, Hopkins didn’t look like a beaten fighter who stayed in the ring well past his prime.

On Wednesday, Hopkins was honored by Mayor Michael Nutter in a ceremony near the Rocky statue outside the Art Museum for winning the World Boxing Council Light Heavyweight crown in a unanimous decision over Pascal on May 21. Mayor Nutter said Hopkins, who had once spent time in Graterford Prison, was an inspiration to those trying to overcome a difficult past.

“He had some challenges as a teenager,” Nutter said. “He found himself on the wrong side of the law. But in prison, he found faith in himself and in boxing. This is the real reason why Bernard Hopkins is a champion. “Even more than these accomplishments, his life is a lesson to all of us. It is never too late to do something great. It is never too late to change your life.”

From a boxing standpoint, Hopkins, who has already cemented his place in boxing history as one of the great middleweight of all-time, isn’t even thinking about retirement anytime soon. In fact, Hopkins and his Golden Boy Productions are looking to set up a fight with young, upcoming fighter Chad Dawson, who won a 12-round unanimous decision over Adrian Diaconu in the undercard of the Hopkins-Pascal.

The 28-year-old Dawson (30-1, 17 KOs) lost his only shot at the light-heavyweight crown when he lost to Pascal in what was a very lackluster performance in a fight he probably should have won.

Once again, Hopkins is going after another younger, seeming faster and stronger opponent. After the ceremonies, I jokingly told Hopkins to stop bullying them “young boys” around like that. His response was a small kernal of wisdom to symbolize his own triumph over the ravages of his time.

“When you’re close to 50 and you’re fighting somebody 28-years-old, just by the economics of numbers, how can a close to 50-years-old bully a 28-year-old,” Hopkins told me. “That’s not the right title, stop bullying these young boys. In society they say youth normally rules and conquers at the end, right? Young people normally bully older people. That’s why older people don’t normally get respect from younger people. In society, the young normally eat the old. They feel old are weak and they become prey.”

Hopkins, who sees himself as the modern-day successor to Archie Moore has proven that he not going to be anyone’s prey in the ring as an older fighter. With a work ethic that would make a Spartan blush.

“This is special for me because when you get a certain age 40s, 50s, or 60s, you’re sort written off in certain parts of American culture whether it’s corporate America or athletics. To be the poster boy for longevity is because of the investment I made in me,” Hopkins said. “It’s good health, good health, and good health. That’s the untold secret that was a never a secret because it’s common sense.

As the athletic skills of some of his younger, older contemporaries in the game like Roy Jones Jr. and Shane Mosely have become a distant memory, Hopkins has come to rely on his ring savvy and his mastery of boxing as a craft.

Hopkins’ trainer, Nazzim Richardson said Hopkins may not have had the natural skills of guys like Jones or some of the younger opponents, but his knowledge as a fighter has enabled him to out fox his more youthful opponents.

“You don’t run like you did when you were a young boy because that weight and everything changes,” Richardson said. “Our reflexes slow down from those things, but when we’re taught, we can still remember the ABCs. What we’re taught stays with us longer. Bernard Hopkins learned how to fight. That’s why he wasn’t a superstar as a young amateur like Oscar (De La Hoya) because he was still learning. Once he learned, he got it.

“Roy Jones could jump from here to the state, throw three hooks and get out-of-the-way, he can’t do it now and if he didn’t learn how to escape those punches without getting hit, he’s in big trouble.”