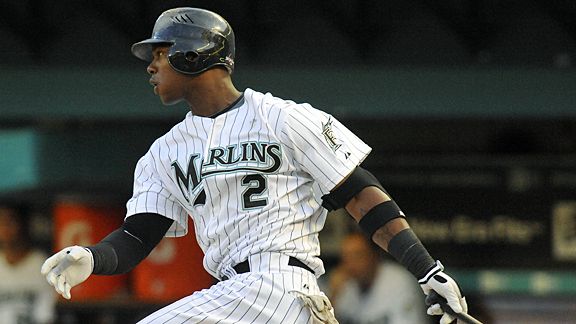 Two years ago, Philadelphia Phillies shortstop Jimmy Rollins was in the team clubhouse fielding questions about his lack of hustle around the basepaths during a Phils win over the Cincinnati Reds.

In that particular game, Rollins, who was coming off an MVP year in 2007, was benched by Phillies manager Charlie Manuel for his casual stroll around the bases on a fly ball that was ultimately dropped by a Reds outfielder. In the locker room with reporters, Rollins, to his credit, admitted he was wrong and that Manuel was right for taking him out of the game.

As a team leader, Rollins apologized to his teammates and took his punishment like a man. It was one of those small bumps in the road to the Phils march to the 2008 World Series title.

Flash forward to this past Monday (May 17) in South Florida where Florida Marlins’ shortstop Hanley Ramirez accidently kicked a ball he was supposed to field into foul territory and then casually jogged after it as Arizona Diamondback baserunners were swiftly winging their way around the basepaths to score runs.

Ramirez claimed his foot was sore after a ball he hit bounced off of his shin earlier in the game and that he was doing the best he can under those circumstances.

As you know by now, Ramirez was immediately benched by manager Fredi Gonzalez and kept out of the next game against the Diamondbacks as well. But unlike Rollins back in 2008, Ramirez refused to apologize to his teammates or his manager. In fact, Ramirez took a shot at Gonzalez in the media by saying that his manager never played in the major leagues. He topped it off by throwing his teammates under the bus by pointing out the times that they dogged it.

Only after things got hot in the media did Ramirez apologize to his teammates and his manager.

While I applaud Gonzalez for benching the Marlins All-Star shortstop, I believe that Ramirez’s teammates should have admonished him behind closed doors and not in front of the press. Ramirez’s lack of effort was offensive to his teammates, especially because they are chasing the Phillies in the National League East. As one of the best players on his team, Ramirez has to lead by example and must be held accountable for his actions.

That’s what Rollins did when he apologized to his teammates after the game. When you’re in a chase to win a championship, you have to realize that you have to give it your all on every play even when you’re playing a 162-game season. From the Marlins perspective, you can’t afford to get complacent when you’re chasing the team that has dominated the National League East for the last three years. I’ve seen players in all sports who played with broken bones and were hurt worse than Ramirez and they still hustled and played through it.

As this situation in Florida was unfolding, I kept thinking about how guys like Bob Gibson or Frank Robinson would have reacted to Ramirez’s actions. I don’t think he would have gotten out of the locker room without a harsh tongue lashing and a fine from his teammates.

In the late 60s and early 70s when the Baltimore Orioles were winning four pennants and two World Series titles in six years, Robinson and his teammates held what they referred to as “kangaroo” court in which players had to defend themselves for their on-field transgressions.

Robinson used to wear a mop wig when he served as a judge to add a little tongue and cheek to the proceedings. It was the players way of policing themselves and keeping their noses to the grindstone during the course of a long season.

“It can be important to a team if people will accept it for what it is,” Robinson told USA Today Sports Weekly back in 2002. . “It’s a way to point out mistakes, a way to poke fun and get a point across at the same time. It’s a way to get people to focus more.

“It wasn’t to bully people. It was to get them thinking about the game.”
This is something that Ramirez has to understand moving forward. As one of the Marlins’ best players, Ramirez has to keep his head in the game, play hard on every play, and set an example for his teammates. As much as it is the responsibility of the manager and the coaches, the players also have to take it upon themselves and hold each other to a higher standard